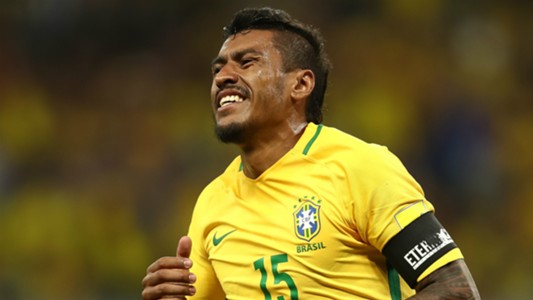 The deal is reportedly worth €40 million as the Catalan side find replacement for Neymar. Neymar left the club in a world record move to French side Paris St Germain for €222 million. The 25-year old was one of the three major attackers at the club, the other being Lionel Messi and Luis Suarez, before he exited.

Paulinho, 29, has played at Corinthians and Tottenham Hotspur before he moved to China to play for Guangzhou Evergrande. He flopped in the Premier League at White Hart Lane but found better form in China. He is set to have his medical in Spain on Thursday with him likely to complete the deal on the same day.

The midfielder re-established himself in the Brazilian national team following the appointment of Tite as the coach in 2016. The manager gave him opportunities as he did well in the Far East and he impressed in the South American World Cup qualifiers. He was part of the team that won the Confederations Cup in 2013 and has netted nine times in 41 international fixtures.

Paulinho helped Evergrande to the Chinese Super League trophy last term and he has been key to them being five points clear this season. He would do the dirty work in defence, alongside Sergio Busquets so others can move forward.

Barcelona arealso looking hoping that the bids for Philippe Coutinho and Ousmane Dembele pull through. The Liverpool man has handed a transfer request which his employers have rejected but the player hope to seal his dream move to the Catalan side. Dembele missed training and avoided the team for a while as he seeks to force the move.